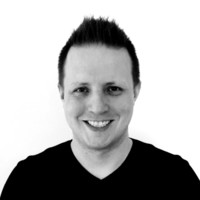 Picture this situation: you woke up this morning to find that there’s no water coming through your valves and taps. No sink water. No shower water. Having no plumbing experience, you call around for a plumber.

Plumber #1, let’s call him Mario, tells you he can’t be bothered to come check out your issue because it’s minor and he’s very important and too busy for it. You explain that you really need a plumber, and he explains he’ll do it for 1.5x what everybody else costs, and only if you have lunch and coffee ready for him when he arrives. You have no water, keep in mind, so making coffee is an extra special effort.

Plumber #2, let’s call him Luigi, agrees to show up and assess the damage. He walks in your door, doesn’t bother to shake your hand or introduce himself, and immediately gets to work. A few minutes of inspection later and Luigi is telling you that all of your plumbing is wrong. None of the pipes are plumbed how he’d plumb them, so they’re wrong. He needs to rip out the whole plumbing system and do it all again from scratch, which will cost you thousands of dollars. He has a reputation for being skilled: his past references love him, but this is going to cost a lot of money and take a lot of time. It’ll be at least a week before you have running water again.

Plumber #3, let’s call her Peach, asks you some detailed questions about the problem over the phone. “How long have you lived in the home?” “Have you had any prior plumbing issues?” “Has this happened before?” “Do you have any other sources of water?” Based on this analysis, she tells you she has a good idea of what the issue is and agrees to come over later that day, since she’s in the area anyway. She shows up, immediately discovers that the pesky neighbour kids shut off your water main, turns it back on, and then gives you some advice: “it’s not something you need to do right now, but you should upgrade to a locked main switch that operates with a key so that this won’t happen again! Call me if you want something like that installed.”

Now, which one would you hire?

Let’s take this [terrible] analogy back to programming. Plumber #1 is a rock star developer who demands special treatment and pampering. Plumber #2 has a huge ego, a serious case of not-invented-here syndrome (they didn’t plumb the house so it’s wrong!), and might also be a rock star. Plumber #3 is pragmatic, friendly, sensible, analytical, and balances cost of time and money with urgency. For me personally, #3 is the only one I’d happily hire.

It seems so obvious that egos and not-invented-here cost a lot of money and do a lot of damage in that analogy. It’s less evident in the workplace. Some companies foster the ego and demand to hire rock stars, believing that the “ten ex” developer will outperform others they could hire. What they don’t realize is that the cost of this hire almost certainly outweighs the benefits.

Don’t be a rock star. Rock stars are cold, hard to approach, notoriously unfriendly and self-absorbed, make no time for others and teaching them (because everything’s about ME!), and are frequently dramatic and rude (to get in the “news” – after all, any publicity is good publicity).

I don’t know about you, but I want to work with Peach. I prefer a humble, thoughtful, talented peer that can teach me while maintaining respect and a relationship of trust. That’s the kind of workplace that I get up every morning excited to go to. Peach is probably not perfect, and has her flaws, but the lack of an ego and attitude means she’s willing to learn and grow – and that’s the key to success in this industry.

If this analogy hit a little close to home, it’s time for a little introspection. The beauty of the human condition is that we are always on a path, growing and changing. Who you are today is not who you are forever. Think about which plumber you resemble above, and then adjust. Next time you’re about to say “that’s all wrong!” or “we have to write it ourselves!”, pause and think: there’s probably a decent a reason that the code exists in its current state. Is now really the time to undertake a very expensive rewrite / greenfield project? Probably not.